FRIEND OR FAMILY:
The policy was changed to allow COVID-19 cases with the potential for serious illness to have easier access to lifesaving medications, the CDC said.

Starting today, people with COVID-19 can send a family member or friend to a doctor on their behalf to get the oral antiviral drug Paxlovid, or any other drug if deemed appropriate, a the Central Epidemic Command Center (CECC) said yesterday.

Cases eligible for Paxlovid, an oral antiviral drug for the treatment of COVID-19, can ask a family member or friend who is not in quarantine or home isolation to see a doctor for consultation in their name, he said.

The person should bring the National Health Insurance (NHI) card of the patient in question, as well as proof of a positive COVID-19 test, such as a digital COVID-19 certificate or a screenshot of the NHI app test result, he said.

If Paxlovid is prescribed, a person can take the prescription to one of the 124 hospitals in Taiwan that offer the drug, Lo said.

Also from yesterday, people in three-day home isolation, four-day self-health management or seven-day home quarantine who test positive for COVID-19 using a rapid antigen test can have their results officially confirmed during a virtual consultation with a doctor. 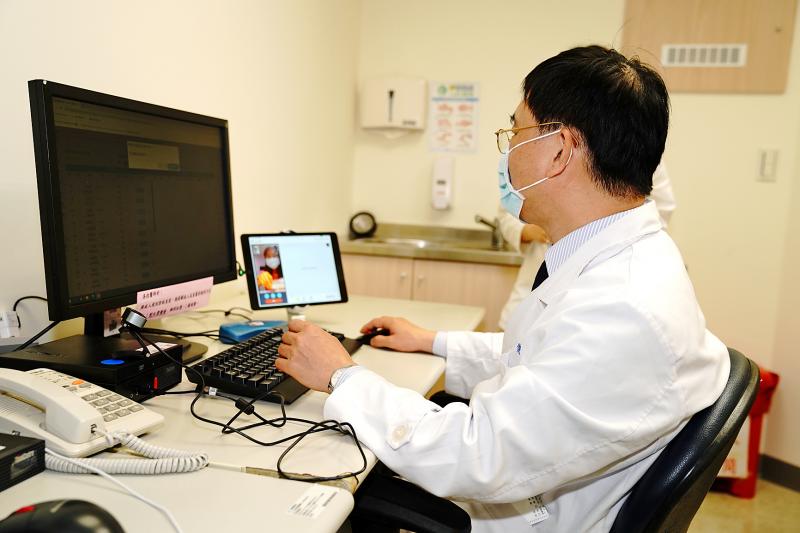 Previously, a polymerase chain reaction (PCR) test in a hospital was required to confirm the positive diagnosis.

Minister of Health and Welfare Chen Shih-chung (陳時中), who heads the CECC, said yesterday that the new policy applies to rapid test kits that use nasal swabs, as well as kits for saliva-based test that have been granted Emergency Use Authorization by the Food and Drug Administration.

The policy does not apply to rapid test kits obtained overseas, as they are not approved by the government, he added. 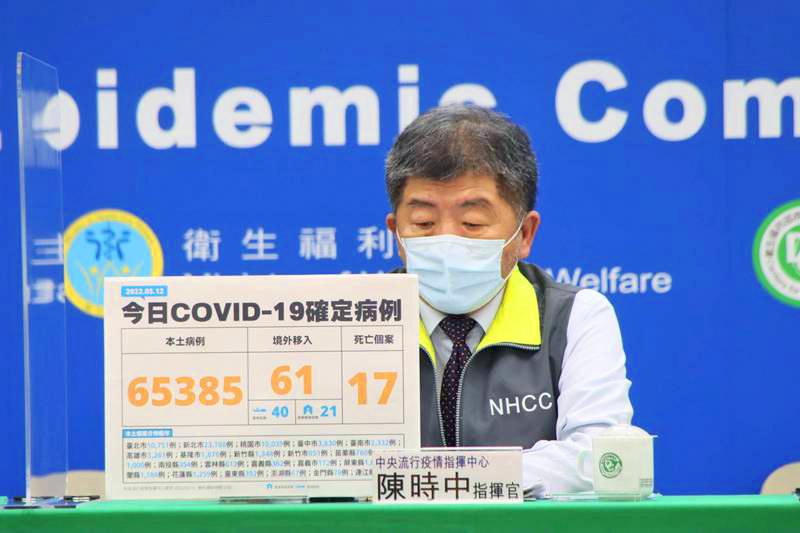 Separately yesterday, the Department of Health and Welfare said the local COVID-19 outbreak had yet to peak and that serious cases and deaths were expected to rise as the virus spread widely. in the communities.

From Thursday last week to Wednesday, national COVID-19 cases rose by 302,754, a significant increase from 124,403 cases in the previous seven days, Chou said.

Among the 421,703 domestic cases this year, 894 cases had moderate to severe symptoms, with 98 deaths, while 99.79 percent of cases reported mild or no symptoms, he said.

The ministry is focused on keeping the medical system running efficiently and reducing severe symptomatic cases and deaths.

The 17 people who died from COVID-19 were between the ages of 60 and 90. Fifteen had underlying health conditions, including cardiovascular disease, diabetes, chronic kidney disease, stroke or cancer, the CECC data showed.

Six of the cases had not received a COVID-19 vaccine, while the others had received one or more doses, according to the data.

Comments will be moderated. Keep comments relevant to the article. Remarks containing abusive and obscene language, personal attacks of any kind or promotion will be removed and the user banned. The final decision will be at the discretion of The Taipei Times.